There is plenty to be said about 2020, and a lot of it is not that great. However, one part of the previous year that was amazing were slots. Software providers did a great job of entertaining us through it all. They came up with fun, new ideas and reintroduced old classics in the form of sequels. Fans of iGaming had plenty of interesting titles to play this year, from a variety of different developers.

With such a wealth of new games and cool concepts, picking the best is difficult. Software providers did their best to go the extra mile during 2020, but some stood out more than others did. Join us as we praise these developers, and explain why we feel they deserve the top spot.

What started out as a small studio in 2013 has grown incredibly over the last couple of years. Yggdrasil is one of many developers from Scandinavia, a region where all the great slot software providers hail from. Over the years, they have branched out from slots into other kinds of interesting casino games. However, their bread and butter are still slots, and they released plenty of fun titles in 2020.

The most interesting one for us is their Splitz slots series. Syncronite, Neon Rush and Temple Stacks were all games that introduced and iterated on the concept. Yggdrasil also worked with other studios, publishing some incredibly fun slots under its name. Titles like BountyPop and Pirates 2: Mutiny immediately come to mind. If you are still feeling festive, Christmas Tree is a great game to check out.

This Swedish developer has been making slots since 1997. As such, it is not surprising to see them on this list. They have been doing well this year. So well, that we had to make our top 5 Play’n GO online casino games earlier than planned! Software providers come and go, but Play’n GO stays consistently awesome. However, you do not have to take our word for it. Their games speak for themselves. 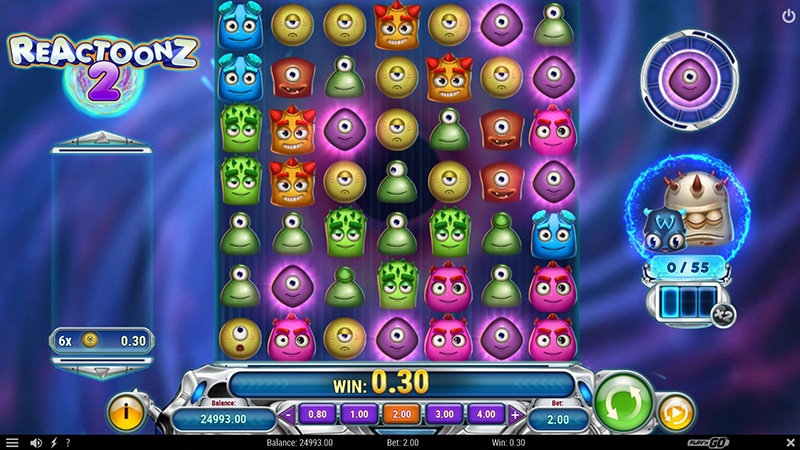 This is our selection of the most impressive casino software providers in 2020.

Without a doubt, the biggest release for this developer was Reactoonz 2. The title was a fantastic follow-up to the original, and Play’n GO knocked it out of the park. 2020 also saw the debut of Rich Wilde’s daughter in Cat Wilde and the Doom of Dead. Other interesting slots launched this year were Ice Joker, Frozen Gems, Golden Osiris and Wild Blood 2.

If there is one developer that needs no introduction, it is Microgaming. The team has given us high-quality games since its inception in 1994. Alongside NetEnt, they have been instrumental in building the online casino landscape we know. They are also one of the few globally successful software providers not based in Scandinavia. Instead, the company works from the Isle of Man.

In recent years, the team has taken on the role of publisher. They are working with partner studios like Just for the Win, Neon Valley, All41 Studios, Triple Edge and many others. Together, they have done some impressive things in 2020. Software providers added new Mega Moolah slots and were responsible for creating several smash hits. Titles like deadmau5, Tiki Reward, Silverback Multiplier Mountain and Alchemy Fortunes are just some awesome additions to Microgaming’s 2020 library.

All three developers have done an incredible job at creating new and interesting concepts in 2020. However, their rivals have not been sleeping on the job. NetEnt, Red Tiger, Big Time Gaming and many others are all hard at work creating their own games. 2021 promises to be a competitive year with even more impressive games! We do not know who will be the best in the upcoming year. What we do know is that Indian Casino Club and its staff cannot wait to see what comes next!