The world of online slots was conquered thoroughly by megaways. The payment system has spread like wildfire, replacing paylines and ways to win almost everywhere. Big Time Gaming’s design was even used by the biggest developers in the industry! This massive success has inspired the team to push forward with all kinds of innovative concepts.

Because of that, Big Time Gaming launched both megaquad and megacluster slots. Both game types seek to recapture the lightning in a bottle that megaways offered. Megaclusters combines them with cluster pay mechanics. Megaquads, meanwhile, is played on four separate reels. Now, the software provider is ready to present a new concept called Megapays.

Megapays do not seek to alter the payline system, unlike the previous two systems made by this developer. Instead, megapays adds four progressive jackpots into the mix! Megapays are granted randomly and can be won from any spin, at any stake. After the megapays bonus activates, players are taken to a separate screen.

Which jackpot you win is determined through a symbol collection special feature. A random lower value icon is chosen to be the collectable symbol. Each time it appears, it is collected and adds to the progressive jackpot meter. However, winning a progressive jackpot is not guaranteed in megapays. You need to collect at least four collectable icons to win the least valuable jackpot.

Available jackpots and how many collectable symbols are needed to unlock them are listed below.

One more thing to keep in mind is that the megapays system takes up a large portion of the total RTP. In the only megapays title currently available, the jackpot is 9.6% of the entire slot RTP. This is important to keep in mind, as megapays slots stay within the 96%-97% RTP range. Without the jackpots, the base game and other special features account for 86.5%-87.5% of the RTP.

The first iteration of megapays comes bundled with the same game that put megaways slots on the map! Now, Bonanza Megapays brings the same gameplay loop we know and love, bundled with a progressive jackpot! The visuals have also received a subtle upgrade over the original. The background image displays the same thing, but the updated version offers more details to enjoy.

Special features outside of the progressive jackpot have remained the same. There is an extra reel above the playing field. Reactions remove winning symbols and add new ones, allowing for multiple consecutive wins in a single spin. Find four Scatters that spell out the word Gold to win twelve free spins! During the bonus, a progressive multiplier is active that increases after every Reaction. 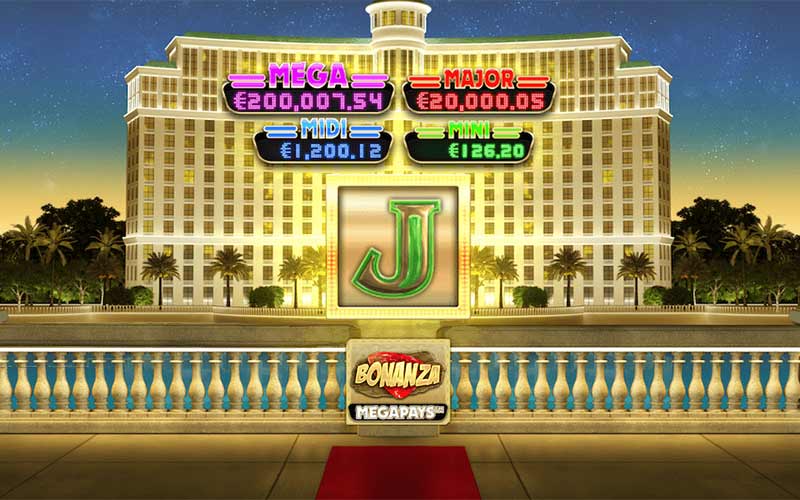 Megapays in this release work exactly as we described them earlier. However, there is one mechanic unique to Bonanza Megapays for the time being. Whenever a megapays icon is picked up, it grants another spin. This is thanks to the Reactions special feature available in this title.

What’s Next for BTG?

We think it is safe to say that the developer will remain hard at work coming up with new concepts. After megaways, megaquads and megaclusters, other software providers might have taken a break. Not Big Time Gaming, though! They kept pushing ahead with new ideas, offering a variety of interesting slots.

Despite seeming simple at first glance, we think megapays slots have a lot of potential. People like progressive jackpots, after all. Adding this system to several of their most popular titles will go a long way to making it successful. Especially if the progressive jackpots are linked together to reach massive, headline-grabbing numbers!

Either way, we are happy to see Big Time Gaming’s innovation shows no signs of slowing down. We look forward to what interesting concepts the developer will reveal next. Until then, the team at Indian Casino Club will continue having a mega-fun time.