Home » Casino news » What Are Cluster Slots and Best Titles to Play?

What Are Cluster Slots and Best Titles to Play?

One of the most notable changes to slots was their transition to computers and mobile devices. No longer bound by hardware limitations, software providers could devise new and innovative ideas. This has led to a rebirth of slots games in their new environment. Thrilling special features and improved graphics started appearing far more frequently!

Furthermore, innovation never really stopped. As the audience for online slots grew, so did the need to attract them with something new! One of the greatest inventions of this new era of casino releases were cluster pays. This article will take a closer look at this new way of playing slots, and a few of the best titles to play.

The Basics of Clusters

Players who enjoyed any slots before should be well familiar with paylines. They are one of the core elements in this genre and define what counts as a win. Winning combinations grant their prize when enough matching symbols appear in adjacent positions. However, the win would only count if it followed an exact payline.

As such, one of the ways slot developers incentivised players to adopt online games was to increase paylines. Eventually, we moved away from paylines in general! Some titles went the route of ways to win and Megaways slots. Others slightly adjusted their reels and made it so you did not need to follow a set order to win.

Cluster slots grant payouts when you have enough identical icons next to one another. The combination can be vertical or horizontal, with diagonal appearing if the reel size is big enough! Most interesting cluster games we have seen are played on a somewhat taller reel compared to the standard ones. However, we have seen titles that have gone as big as an 8×8 reel, if not even more!

If you have never tried a cluster slot before, our first suggestion is to go with NetEnt’s Aloha! Cluster Pays. The game is played on a lovely tropical island, where players can enjoy a 6×5 reel and an above-average RTP! On top of its unique payment system, it also comes equipped with sticky wins and re-spins.

For punters hunting something more recent, we suggest Quickspin’s Ghost Glyph. It is played on a 7×7 playing field and offers an impressive 2000x jackpot. Ghosts play a big part in this release, both thematically and in its special features! Ghost glyphs can serve as Wilds. Five urns are also available, each equipped with its own special feature that can lead to some big wins! 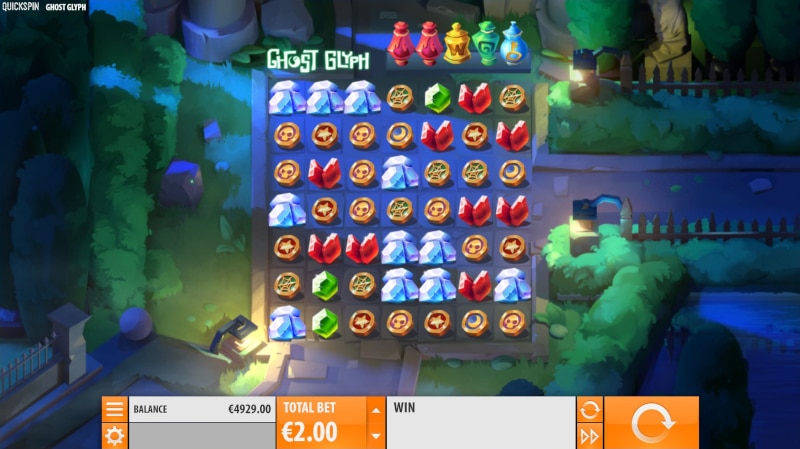 Do you like honey? Nature’s tastiest treat does not make itself; it needs the help of many bees! This is one of the most creative cluster slots we have had the pleasure of playing. Pragmatic Play has knocked it out of the park, starting with its beehive layout and ending with the impressive bonuses!

Star Clusters Megaclusters is the natural extension of the cluster pays system. Here, players get a huge playing field to start with. Thanks to the way the game is structured, it can break down into even smaller pieces, creating incredible payouts as it does! Once you get familiar with cluster slots, this should definitely be on your to-play list.

Watching this genre go from relatively new to a mainstream game type was super satisfying. Even now, new titles come out that are not afraid of mixing things up with the way cluster slots work. Innovation is the lifeblood of casino games, so we look forward to seeing what new ideas developers put forward. If they are great, rest assured the team at Indiancasinoclub.in will be the first to let you know.