Home » Casino news » What Are Megaways Slots and How to Play Them?

What Are Megaways Slots and How to Play Them?

Say what you want about slots, but their developers never rest. There are countless examples of re-skins and cloned games, yes. But slots have easily been the most innovative category out of all casino games! Roulette, blackjack and other releases will adjust their rules slightly but tend to stick to them.

Meanwhile, slots aren’t afraid to completely alter how the game is played! A perfect example of this is NetEnt’s Finn and the Swirly Spin. The developers swap out a traditional reel and payline setup for cluster pays and a swirl pattern. This sort of unique thinking quickly earned this release a loyal following.

In 2016, Big Time Gaming was ready to do the same. They launched the super popular Bonanza, and with it, the Megaways system. The internet was instantly hooked with this addition. And Bonanza remains one of the most popular slots to this day!

At first glance, the change isn’t as drastic as changing the reel structure. More often than not, you’ll still be playing with on a standard five reel playing field. The difference comes with the size of each reel. Reel heights are fixed in non-Megaways games. Here, the size of each reel changes every spin!

Usually, the height of each reel varies between two to seven icons. This can vary based on software provider and what specific release you’re playing. The system is a natural evolution of the 243 ways to win Microgaming popularized. Wins are awarded by collecting three or more identical symbols in adjacent positions. No paylines required!

We already mentioned that the largest developer of Megaways slots is Big Time Gaming. In recent years, the team has issued a license to use this system to other developers. This has led to a great variety of titles, perfect for interested players!

How to Play Megaways Slots

Now, we know that the system can seem intimidating at first glance. Having the size of each reel change with each spin can be annoying. You get an awesome start with a seven icon high first reel, and then the second just has two. This doesn’t happen with standard paylines! Then again, they can’t offer you 117,649 Ways to Win either! 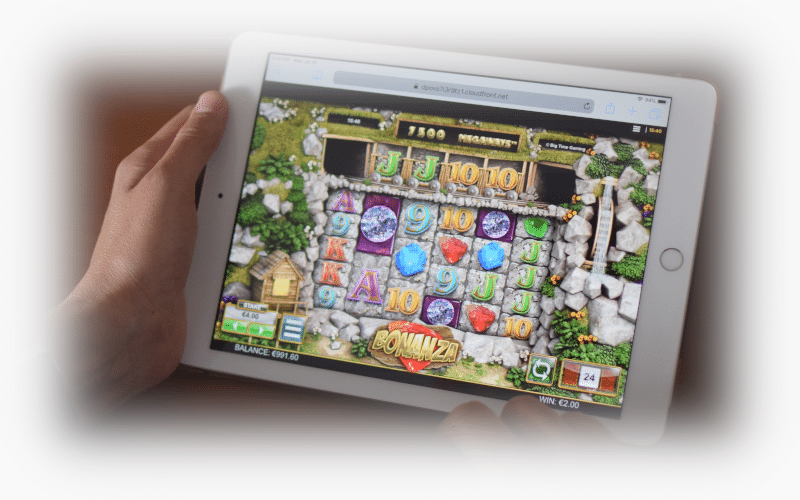 Playing Megaways slots isn’t radically different from regular games. Setting your wager and tracking wins works in the exact same way. That said, we do advise more caution than usual. Nine times out of ten, releases using the Megaways system tend to be very volatile. And while we at Indian Casino Club love high variance, most punters will be turned off by such gameplay.

One more thing to keep in mind is the presence of any game-specific special features. Some releases with this system active will have a small reel present above the main one. Others will have free spins, sticky Wilds, or any of the many slot special features developers offer.

Which One To Try?

There’s a wide variety of titles waiting to be tried out. If you’re brand new to the world of Megaways, it can be daunting to pick one. As such, we’ll list a few of our personal favourites that are guaranteed to give you a fun time. And with a bit of luck, a sizeable jackpot, too!

No list like this would be complete without the original. Many games have been inspired by Bonanza. But few have managed to successfully iterate on its formula! It looks great, it comes with six reels, and its top prize is a mouth-watering 10,000x! Active bonuses include cascading reels and a free spins special feature.

Another addition by Big Time Gaming is Monopoly Megaways. This release won us over so much, it made our slots with best bonus rounds article! Like with Bonanza, you have the cascading reels active. But the real success of this game is its Reel Adventure bonus! It plays exactly like the Monopoly board game and awards extra special features and multipliers.

Last, though certainly not least, is Holy Diver! In it, you follow a knight’s journey, as he makes his way to his next adventure. Along the way, he finds plenty of chests, just waiting to be opened! From the chest, he can draw a variety of bonuses! He can upgrade low-value symbols, create stacked Wilds with multipliers, and add exploding Wilds! On top of that, there’s a free spins bonus, which can grant a 23,306x jackpot.