While progressive jackpots in slots are nothing new, Mega Moolah was the biggest game in this category. It proved that the concept could work online, and remains a player favourite to this day. Do not let its simplistic visuals fool you. This release put Microgaming in the Guinness Book of World Records in 2015, after one player won a massive prize. At the time, the £13,209,300 jackpot was the largest jackpot payout in any online slot.

The fundamentals of this title have not been changed much. It is set in the African savannah and still retains the same visuals from so long ago. As of recently, you are also able to play this slot on mobile devices like smartphones and tablets. However, if the original is a bit too old-fashioned for your tastes, do not fear! Microgaming has added newer, more feature-heavy slots that share the Mega Moolah progressive jackpot.

You know, there seems to be a trend between the word mega and progressive jackpots. Despite the similar names, NetEnt’s progressive jackpot offering is much different. For starters, it uses a much more different theme. Rather than the wilderness of Africa, the action takes place in a high-class environment. Limousines, fancy watches, expensive rings and stacks of cash are all over the playing field.

Mega Fortune has three progressive jackpots, though they are not the same. The Major and Rapid progressive jackpots are local to your casino. That means punters playing elsewhere do not contribute to them when wagering. Naturally, this makes them tick up slower when compared to the Mega progressive jackpot. It pulls from every player on the internet who is playing Mega Fortune, allowing it to climb to some insanely lucrative heights. Definitely a must-play for big win hunters!

Age of the Gods

Few titles were able to capture the attention of the entire Indiancasinoclub.in team like the Age of the Gods series has. It rose from the ashes of Playtech’s Marvel progressive jackpots after Disney acquired Marvel and terminated the license. Rather than lose out on these titles, the developers scrambled to recreate them with a new theme. Tapping the extensive mythology of ancient Greece to create something brand new. 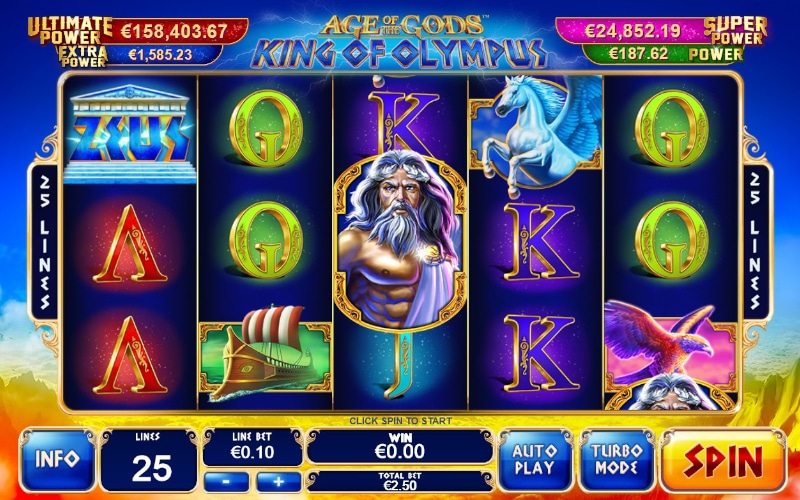 Read more about the most lucrative progressive jackpot slots.

Since then, the software provider has done a great job of creating one of the most successful progressive jackpot series. Not counting Age of the Gods roulette games, players can pick more than twenty different releases to play. All of them contribute to the same progressive jackpot, which can produce some mouth-watering wins! There is no wrong pick here; any of the titles in this series are absolute gold mines.

A more recent addition to this list, Yggdrasil’s progressive jackpot slot came out in 2015. It was able to produce a strong prize in 2018 when a Swedish player won €7.8 million! On top of coming with a chance at winning big prizes, punters can also look forward to fun special features. Re-spins rounds occur after each win, and if the winning combination is extended, another re-spin is granted!

Really, the only complaint we had playing this title was the absence of interesting visuals. Joker themed games are numerous. The developer tried their best at adding a bit of visual flair, but it just failed to pan out properly. It is not as good as the previous three, but it offers a nice change of pace.

Playtech and progressive jackpots are a difficult combination to shake. Before Age of the Gods, the talented software provider created an exciting slot called Jackpot Giant. It sets a seemingly simple task for the player: get a five-Wild win across the reels. However, as history would prove, that would end up being a very difficult task.

Of course, making it difficult to win just makes future prizes much more special. The game’s biggest payout was a stunning $12.3 million jackpot. It looks great, has smooth animations, and offers a chance to win big. What’s not to like?