Big wins are always fun. They are the reason high volatility slots always draw the most attention. However, when it comes to the largest possible prize, nobody beats a progressive jackpot! Each round played by every player contributes part of the wager to the grand total. Once it hits, one lucky punter gets all those combined bets as one gigantic prize!

While progressive jackpots have always been a thing, they have exploded in popularity in recent years. Playtech built two highly successful slot series on the back of this mechanic. Microgaming has one of the oldest progressive jackpots as far as online slots go. Recently, the developer announced some huge news in regards to jackpot winnings!

On July 20, a player enjoying the Major Millions progressive slot from Microgaming took home a €1,650,382.89 prize! By itself, this is a rather exciting story. Having one click transform you from regular person to millionaire is incredible, after all! However, this is just part of what makes this achievement so monumental.

This is the seventh millionaire created by Microgaming’s progressive jackpot network. The network includes Major Millions, Wheel of Wishes, Mega Moolah and new Mega Moolah slots. These five games have paid an astounding €115,418,328 from January 1 to August 1 of this year. The millionaire chose to remain anonymous and received the prize as a lump sum.

Of course, the developer is not new to big achievements. Back in 2015, the developer was awarded a Guinness World Record for largest jackpot payout in an online slot. That record would stand until 2018 when it was beaten using the same game! At the start of 2019, Microgaming’s progressive jackpot network paid out over €1 billion to lucky winners!

While reading about huge prizes is great, winning a progressive jackpot would be a lot more fun. The exact details tend to vary between titles, but we will use the abovementioned Mega Moolah as a basis. In that game, we have not one but four different progressive jackpots that you could win! 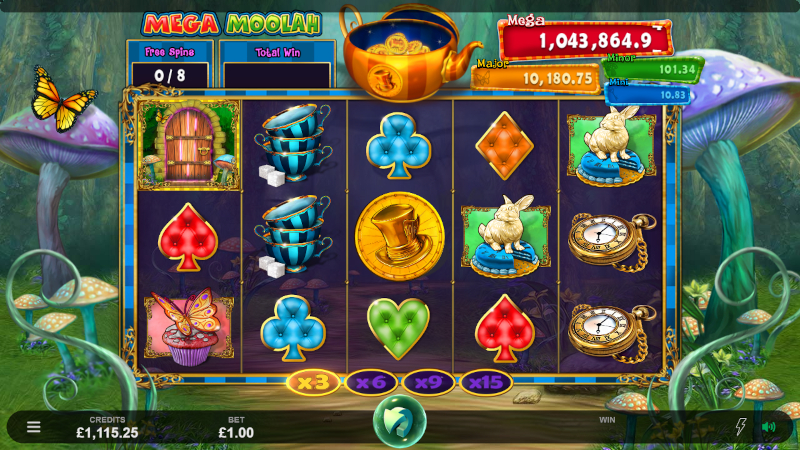 New Microgaming progressive jackpot titles are paying like crazy at the moment.

The jackpots are labelled based on their value: Mini, Minor, Major and Mega. Each one starts with a seed value, which the software provider pays in. From there, the value of said progressive jackpot starts growing! Activating the special feature is random, but you can improve your odds. The bigger your wager, the larger the chance is that you will win one of those four jackpots.

Some titles focus less on massive wins and attract your attention with other goodies. A growing trend in progressive jackpots is to limit them based on time or money amount. For example, a daily progressive jackpot has to be won in a span of twenty-four hours. In case the jackpot is limited by amount, it will be won before it reaches a certain monetary value. This makes them more predictable, but it prevents them from getting as big as uncapped progressive jackpots.

Players looking to try their luck with progressive jackpots will be happy to hear new titles are already being worked on. Microgaming announced several games would join their jackpot network, allowing prizes to build even faster and bigger than before! The added number of releases you can play while still having a chance at winning big is also bound to attract a bigger audience.

In the off chance progressive jackpots are not your thing, do not despair! Microgaming’s list of new slots includes plenty of regular games that do not have any ever-growing prizes. No matter what types of releases you like, this developer has something that you would enjoy! For this reason, they remain an Indian Casino Club favourite to this day.