Cards are often introduced to us at a young age. While mostly associated with gambling, many card games can be played just for fun. We rarely question their designs because we are exposed to them so early. Each deck has fifty-two cards. There were always hearts, clubs, spades and diamonds on the cards. You might not even ask yourself this question if you did not see the article.

Curiosity spurred us in researching this topic. The more we looked the more interesting details we uncovered! Join us as we uncover the mysteries behind modern cards. Where did they come from? Who standardized their appearance? Why are there fifty-two cards per deck? Indian Casino Club will tackle all of these questions today.

Where Are They From?

We do not know. That is part of the fun! There are plenty of theories as to where the idea of playing cards came from. Chinese scrolls mention a game of paper tiles that could be a fit. Other theories suggest the game has originated in Arabia or even India! Whatever the case may be, we know cards came from east to west. In the late 14th century, European traders brought the cards from Arabia.

Once the cards entered circulation in Europe, they quickly spread throughout the continent. Thanks to the printing press, it was much easier to produce cards. This made them cheaper, and much more common. It has become a pastime for both nobles and regular people. Card games became so bad both governments and clergy sought to regulate it. Early iterations of online gambling regulators, perhaps?

How They Got Their Design

Nowadays, cards use French designs for their pips. Hearts, spades, clubs and diamonds are present on just about every deck. However, this was not always the case. Pips tended to vary between regions and usually held some meaning for the locals. Symbols that draw inspiration from history, alchemy and astronomy were all featured.

The very first decks used four icons: the chalice, the sword, money and the baton. European countries ended up changing them to suit their needs. Germanic countries used acorns and bells. Other countries used pikes, shields or roses. Their varied designs make it difficult to find a common thread.

France and Britain also had the biggest influence on modern face card designs. Most countries stuck to the King, Queen and Jacks. Of course, that was not the case everywhere. Queens were replaced in Spanish and German decks, replaced with knights. 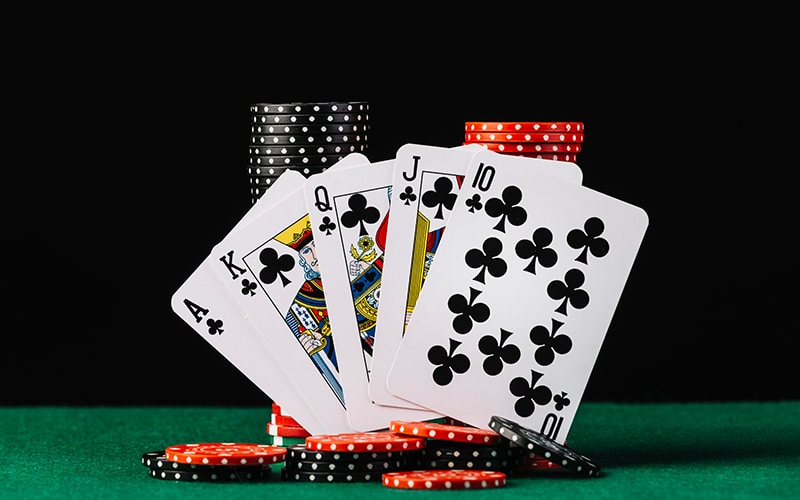 Learn more about the deck of cards and its history.

We also ran into a fun fact about card designs in Britain. There used to be a British rule, which swapped the value of king and queen cards depending on the monarch. If the reigning monarch were a woman, the queen would be a higher value card. The reverse would be true if a man was on the throne.

The British are also believed to be responsible for the ace becoming such a prominent card. In 1765, England began to tax the sale of playing cards. As part of that, the ace was stamped to indicate that the tax has been paid. This has led to the ace having a more flashy design, which carries over to this day.

No one is entirely sure about this question, either. One very interesting theory is that fifty-two cards are meant to represent fifty-two weeks in a year. Four suits represent four seasons. Each suit having thirteen cards is also supposed to represent thirteen lunar cycles. Given that Arab society was proficient in astronomy, this certainly seems like it would make sense.

French decks kept fifty-two cards as standard, but this does not count joker cards. Other countries have also settled for decks with fewer cards. Italian and Spanish decks had forty or forty-eight cards. Russian and Bavarian decks had thirty-six cards. The lowest number of cards came from the north and central Germany. There, one deck often had thirty-two cards.

Nowadays, we have two colours and four pips. However, earlier card designs gave each pip its own colour. German suits used green spades, yellow diamonds, red hearts and black clubs. It certainly made for a more colourful deck. Whether it would look better or not, we leave for you to discuss!