As summer slowly ends, we are looking for one final burst of excitement. While we do not have to worry about losing the warm weather, there is something sad about summer ending officially. Not to worry, however! There are quite a few interesting slots planned for August 2020 that will keep our attention.

New approaches to existing games are integral in maintaining player interest. Big Time Gaming is well known for its Megaways mechanic. Recently, they introduced a new way to grant cluster wins called Megaclusters. If that was not enough, the team is now getting ready for another innovative release!

Slot Vegas Megaquads takes place in the capital of gambling, Las Vegas itself! However, we are not here for the view. The game is played on four 4×4 playing fields, each one with 256 ways to win. On the left hand side, you can see large multipliers. By collecting four of the corresponding symbol, the multiplier will increase by one. It also increases payouts for the diamond and lucky seven icons during normal gameplay.

Activate free spins, and all the multipliers are combined into one big multiplier that affects all wins! During free spins, the quads are joined into two larger playing fields. You can achieve a similar effect if rainbow Wilds appear on two reel sets side by side. Using these Wilds, you can connect all four quads! That will create a massive 8×8 playing field with 16,777,216 ways to win!

In 2012, the original Jolly Roger charmed audiences worldwide. After an ambitious summer start from Play’n Go, they are ready to enter the fray again! This time around, they chose to create a sequel to one of their most popular titles. The graphics on display are incredibly impressive. If you place it side by side with the original, you will see what a huge improvement it is!

Jolly Roger 2 is played on a five-reel board with twenty paylines. It is also home to a massive list of special features. Randomly appearing multipliers, cash prizes, pick and click bonuses and two free spins rounds are all available to players! If you are hunting for a great medium variance pirate game, we cannot think of a better one to recommend.

What kind of best slots article would this be if there was not a NetEnt mention somewhere? This time around, the developers opted for a colourful, low variance release that uses Irish mythology as a theme. Leprechauns, pots of gold and many four-leaf clovers await in this game!

You play this title on a five-reel board with twenty fixed paylines. It comes equipped with a myriad of special features to keep things interesting. The most obvious of these is the massive jackpot wheel! The top prize it can award is the Mega jackpot, which pays 5000x your total stake. The leprechaun on the sides of the reels can add Wilds, Scatters or jackpot icons. Players can also look forward to a constantly active multiplier bonus and a free spins round!

Age of the Gods: King of the Underworld

Ancient Greek mythology has been the fuel behind countless Age of the Gods titles. Now, Playtech is back to give us another entry in this highly anticipated progressive jackpot series. Though we are excited about all the games on this list, this one is definitely near the top of all Indian Casino Club staff! 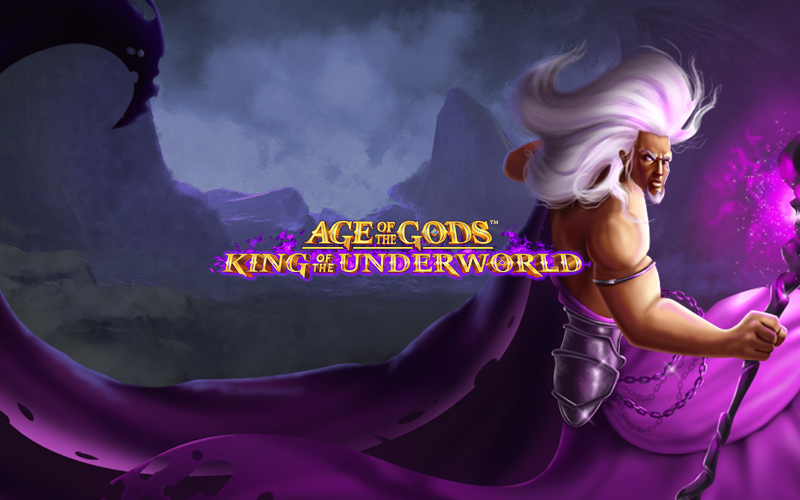 Check out the most attractive slot games to be released this August.

On top of the progressive jackpots, you will also benefit from two bonuses. In Gates of Hell, you go down into the underworld and play through six stages of choosing the right door. In Thread of Fate, you click on spindles to unlock cash prizes. Each time you click of a thread, it is cut. If a thread remains intact after being clicked, the bonus ends.

We quite enjoy good Cluster Pay slots. We have a few favourites, but new ones are always appreciated. It seems Microgaming is coming to the rescue with Astro Rocks! In it, we team up with various aliens to harvest minerals and help them grow!

Players have access to a few bonuses that you can use in this game. As you play, you will level up aliens. This will not only change their appearance, but it also makes them more valuable! If alien symbols are near a winning Wild, it will transform into a black hole and suck them all up. Each alien that disappears grants an individual cash prize.