We are used to software providers spoiling us for choice. Most developers have multiple studios working around the clock to deliver high quality games every month. However, few developers have taken this concept as far as Microgaming has. Embracing a publisher role, it guides other studios. Their titles, in turn, are launched under the Microgaming banner. A win-win situation for everyone.

Now, we are seeing their strategy come to its logical conclusion. With a wealth of partnered studios, Microgaming is able to make more titles than anyone else can. They have decided to flex their muscles on the remainder of the industry by announcing two things. First, they are launching more than twenty slots. Second, they have brought on another talented partner studio!

The two companies announced they would be working together in late January. The agreement will bring on the Montreal-based studio into the same arrangement as other developers. They will provide exclusive content for Microgaming’s platform. The agreement was just one part of the announcement. The software providers also said their first joint venture would be Chicago Gold!

The game is set in Chicago during the prohibition era. If you wanted a drink, you could only get it from mobsters and their Big Boss. The game is played on five reels and twenty paylines, and features four fixed jackpots. This release also has a variety of bonuses to keep you entertained. Take advantage of its Cash Collect feature, and you can make it big like Al Capone.

What Else Can We Look Forward To?

Not too long ago, Microgaming said they would launch more Mega Moolah titles. Juicy Joker Mega Moolah is another addition to the popular progressive jackpot series. Like with its predecessors, your hopes are to score one of those big wins. The progressive jackpots are shared between games that share the Mega Moolah name. Something that will create some head-spinning headlines in the near future. 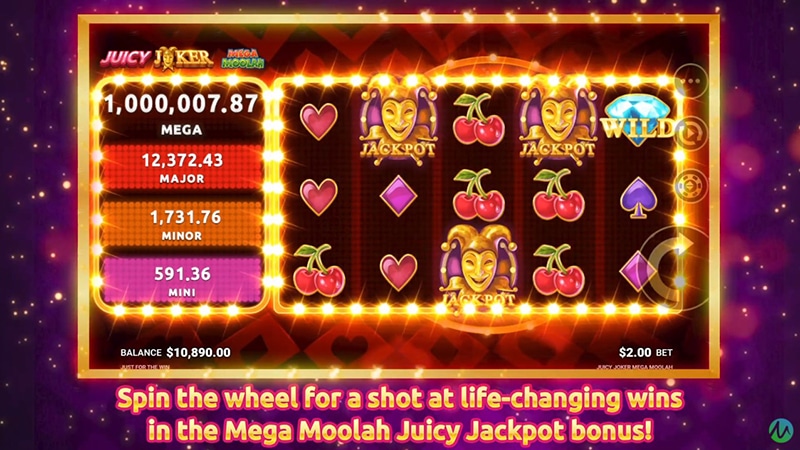 Microgaming is ready to launch more than 20 games this February.

Players will also enjoy two new titles that utilize the Hyperhold mechanic. Get six or more Hyperhold symbols to trigger the special feature. How they make use of them is slightly different. 6 Tokens of Gold tasks you with collecting as many coins as possible. If you fill the reel with coins, it grants the mega jackpot! In Adventures of Doubloon Island, Hyperhold icons can award one of four jackpot prizes.

After that, we are off to Hawaii for a relaxing holiday. We certainly hope no Maui Mischief gets in the way! This is a highly volatile release with stacked Wilds on every reel. Wilds can be further enhanced with the addition of 2x multipliers into the mix. However, they are not the only payout boost. Activate free spins, and all your wins will be tripled.

We have no doubt that Microgaming is aware what an overwhelming amount of slots they are launching. Without a lot of spare time, there is no way to get through all of these titles. Rather than overwhelm you, the developers are giving you plenty of options to choose. More games with different mechanics means there are greater odds you will find something you like.

This has been an impressive feat. We have to wonder if the software provider will be able to pull it off again for the upcoming month! Only time will tell. In the meantime, there is a whole world of Online Casino, Online Gambling & Variations out there. We look forward to seeing if anyone will answer Microgaming’s challenge.