How to Play Pot-Limit Omaha Poker?

Nowadays, many of us default to Texas Hold’em Poker. It is relatively easy to learn and get into, and it has a large following that quickly fills tables. However, it is not the only poker variant out there. Games like Caribbean Stud Poker and Pot-Limit Omaha Poker have notable followings of their own. In this article, we will go in-depth about Pot-Limit Omaha Poker, teaching you the basics of how to play.

Why It Stands Out

There are similarities between Texas Hold’em and Omaha Poker. However, one of the biggest changes is present right in the title: Pot-Limit. Each round starts with some money in the pot, and player wagers are limited around that number. As the round progresses, more money enters the pot and allows for bigger wagers. However, you cannot go all-in straight on the first round.

Another difference is in the ways cards are drawn and handled. To begin, you receive four cards instead of two at the start of the round. Omaha Poker also forces you to use at least two of these four cards when forming a winning five-card poker hand. This is something you have to remember when playing, as it is a common mistake for new players. You will save yourself many costly losses by playing it smart.

Pot-Limit Omaha Poker is played a fifty-two card deck that is reshuffled after every round. The game starts in the pre-flop betting round. Two players, the big blind and small blind have to place their bets on the table, forming the pot. All other punters can choose to call, raise or fold. Call places a bet equal to the highest bet placed before them. Raise increases the bet size. Fold surrenders early and waits for the next round.

Four cards are dealt to every player. From here, the game proceeds into the flop. The dealer will place three cards on the board, all of which are facing up. A new betting round begins, using the same rules as the pre-flop round.

The same is true for Turn and River rounds. Turn draws the fourth card, while River draws the fifth and final of the community cards. Each round also goes through its own bets, with the last one completing with River.

If more than one player is active towards the end of the round, they will reveal their cards to each other. This is the Showdown, during which the game checks which side has the better five-card poker hand. Your five-card poker hand is formed by choosing two of your personal cards and three community cards. If you are playing online, the best possible combination you can play will usually be highlighted automatically.

While playing this game, your minimum bet is always the equivalent value of the big blind. Playing at a table where the small and big blind values are ₹10 and ₹20, respectively, your minimum bet would be ₹20. Until you get a better feel for your hand, we at Indiancasinoclub.in recommend sticking to smaller bets. 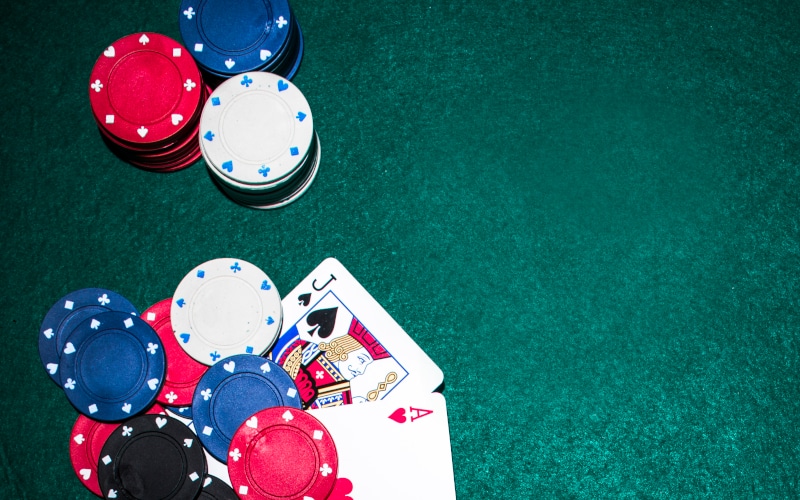 Your maximum bet is also restricted depending on the size of the pot. Playing Pot-Limit Omaha Poker used to be difficult because you would have to keep track of pot calculations. Fortunately, online players benefit from software that automatically keeps track of the pot size and your maximum wager. It simplifies the process significantly.

Pot Limit Omaha Poker is a much more complex game when compared to something like Tri Card Poker. As a result, the strategy for being as optimal as possible is a touch more complicated, as well. The following tips should help you take advantage of the differences between Omaha and Texas Hold’em pokers.