First Person Games: Just One Click Away from Live Casino

We’ve always admired Evolution Gaming. They’ve been one of the key software providers who popularized live dealer games. And when they broke into mainstream success, they continued to innovate. Adding variants to existing releases, and brand new titles nobody was offering before!

But now, riding off the high of the Lightning series of table games comes a rather interesting decision. Indeed, the developer has created four First Person games. Roulette, blackjack, Lightning Roulette and Dream Catcher can all be played from a first-person perspective. And most interesting of all? All four titles are RNG-powered!

A Bridge Between Two Worlds

Now, we know what you’re thinking. Evolution and RNG-powered table games? We were surprised ourselves when we first heard of it! But once the team released the titles and we got our hands on them, their intention was obvious.

This isn’t a regression to an older style of play. Just the opposite, in fact! First Person games are home to some of the best visuals and animations currently available. It wouldn’t surprise us if the developers end up using this as a basis for a potential future VR project! A great extra for Evolution Gaming, but not their goal.

So what is the goal? Well, if you take a look at the user interface and the layout of the First Person games and their live dealer counterparts, it becomes quite clear. And if it’s not, there’s a big red Go Live button that will spell it out for you. These releases are effectively practice-mode for the team’s most popular titles!

We’re happy to report that yes, they are! The developers have lots of experience with all four titles. Some of them are their own exclusive creations, after all! So creating single-player versions of these games wouldn’t take that much effort. 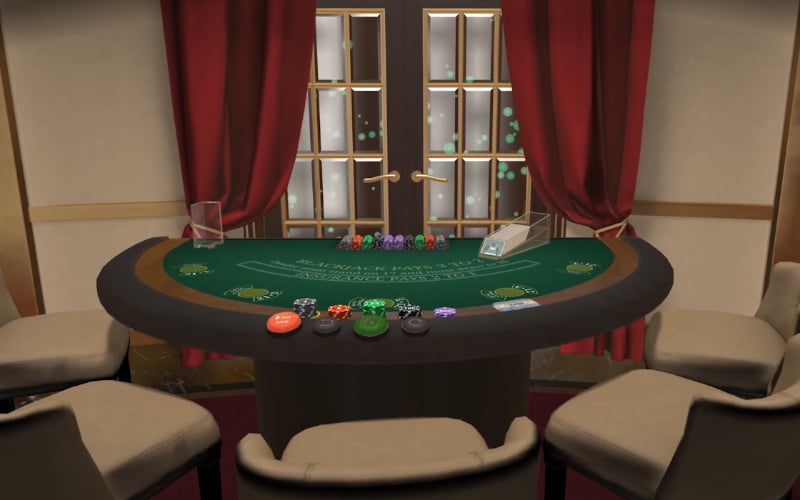 What are first person games and how they are different to live dealer games?

Not that it stopped Evolution from going all out into making these releases as high quality as possible! The identical layout and the presence of the Go Live button makes it obvious the team wants you to play with a real dealer and other punters.

Of course, they don’t force it on you. They allow you to take things at your own pace since you’re playing by yourself. This is great for new players who have little or no experience with Evolution Gaming’s releases. Which is a sizeable amount, given that live casino games don’t have demo modes to try them out.

Should You Play Them?

Honestly, it depends if you’re already playing the live versions or not. If you are, there’s nothing new about them that will draw your attention. They’re created to be identical to their live dealer counterparts, after all. If you already enjoy Lightning Roulette or Dream Catcher, you should stick with those versions.

But if you’ve never had the pleasure of trying their games, then it’s a must-play! You’ll be able to get a good grasp of each release and work out your strategy. Then, when you’re ready to play ‘for real’, you just hit the Go Live button and you’re there!

All of us at Indiancasinoclub.in had a go with all four of Evolution’s RNG-powered software. Our opinions at the end of each session were identical: we wanted more! We have our fingers crossed that the team are already hard at work to create more titles in the First Person series.