Competition is one of the critical aspects that drive innovation. This is easy to see in any field, not just video slots. The desire to attract a new audience and earn more has created all sorts of exciting things! For online slots, it was also responsible for the rising popularity of new special features. Nowadays, it is difficult to find a game that does not include multiple bonuses.

Win multipliers were among the first special features added to video slots. The core concept behind them is simple. If the bonus is active, it will increase your prize by that amount! Imagine the largest jackpot you have ever won, and imagine doubling it. This bonus feature sells that fantasy and does so very well. If you are looking to score your fantastic prize with win multipliers, here are some top-tier game suggestions.

What do you get when you combine Megaways, cascading reels and a multiplier active during free spins? You get Bonanza, one of the best games Big Time Gaming has ever made! Set in front of a busy mine, the title has charmed many players with the promise of fantastic prizes and awesome special features! This is a high variance slot, with a 96% RTP.

Thanks to its Megaways systems, this six-reel game has a different number of ways to win each time. The maximum number you can get at once is 117,649 ways to win, though it is incredibly rare. Each win destroys the symbols that were part of the initial winning combination. This opens an empty spot where existing icons can fall down and take their place, possibly creating several wins from a single spin.

Free spins enhance this even further since a win multiplier bonus feature is active while they are played. Every consecutive win during free spins increases your multiplier by one, with no upper limit! You will also see carts appearing above the reels. Each wagon carries an icon, which adds that symbol to reels two, three, four and five, respectively.

If you enjoy playing progressive jackpot slots, there is no better pick than Playtech’s games! One of these titles takes us back to the times of ancient Greece before the Roman Empire took control of Europe. However, Age of the Gods: God of Storms is more than its progressive jackpot and incredible theme. It also comes with the exciting Wild Wins Re-spins bonus, which comes equipped with a multiplier. 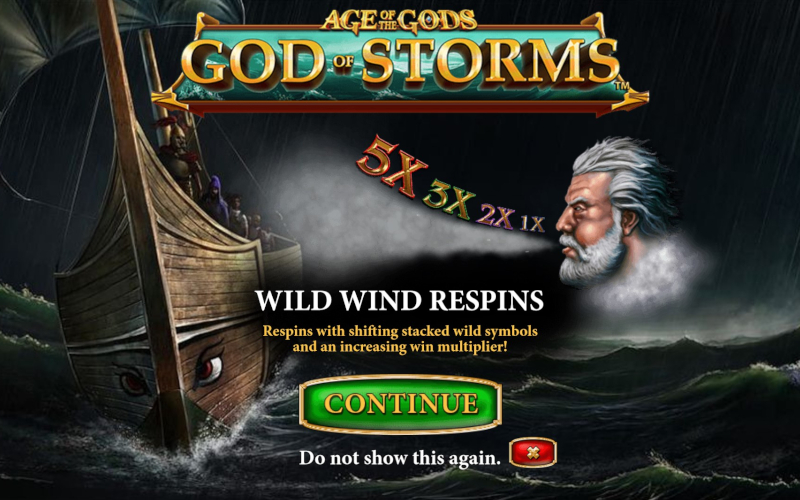 We present the most famous online slots featuring win multipliers.

How does it work? Well, you need Ship Wild to cover an entire reel for the bonus to activate. This will cause the god of wind to appear on the same, blowing wind into the sails of the ship. The ship is pushed one position to the left with every spin. Each time this happens, the multiplier increases by one. Provided the ship landed on the fifth reel, you can score a maximum 5x multiplier.

Personally, we enjoy this bonus quite a bit. It keeps us entertained, and it can create exciting prizes, which is exactly what players want! On top of that, there is a chance every spin will earn you a mouth-watering progressive jackpot prize!

When this Microgaming masterpiece first launched, we remember playing it for hours. It offered us several special features and a chance to delve deeper into a supernatural story. This amazing combination of gameplay and story guaranteed it a spot on the Indian Casino Club all-time favourites list.

Multipliers play a big deal in this release, but it is not the only one. The slot comes with four different free spins bonuses, which you unlock progressively. Every time you activate the bonus, you come closer to enabling a new one. The first one is active immediately, and grants you ten free spins with a 5x multiplier continuously active! Then, as you upgrade the free spins bonus feature, you unlock additional multiplier bonuses.

One comes with fifteen free spins and vampire bats that can create up to a 6x multiplier. Another offers twenty extra turns with cascading reels, and a multiplier increased with each consecutive release. Alongside this bonus, Wild Desire can randomly turn up to five reels Wild. If the Wilds line up correctly, it can create an almost guaranteed winning combination.