One of the easiest ways to attract player attention is to promise more paylines. It’s a very simple way to attract punters to your game. More paylines means more chances to win. Which means better odds that you’ll score that dream jackpot you’ve been waiting for!

Unsurprisingly, developers have been outcompeting each other on this front for ages. We had the initial shift from three to five reels. Then the number of paylines continued to increase, eventually being supplanted by the ways to win system. And that worked great, until Big Time Gaming decided to take it to the next level.

With the launch of Bonanza, the world was forever changed! Megaways became an instant hit, and spawned a large number of sequels. That said, it can be difficult to pick the right one. Today, we’ll pick the very best Megaways releases, ones which have the greatest chance of putting money in your pocket.

Sometimes, the first iteration of something can be messy. Which is probably why Megaways only took off with Bonanza! Since it wasn’t the first time we saw the new system in action, the team had time to perfect it. It offered fun visuals and stellar animations, which hold up nicely even now!

It offers a wide variety of bonuses. You’ll find it offering cascading reels and a free spins round. During those extra turns, you can ramp up your multiplier by scoring consecutive wins. And yes, the free spins can be retriggered! There’s no limit on how many times you can play extra turns, or get the multiplier. The game also has a fantastic 10,000x reward waiting for its luckiest players!

Now, Bonanza is an awesome game. But it also has the advantage of coming first. If you’re at all familiar with Megaways, you’ve probably heard of Bonanza. And if you aren’t, then you should consult our Megaways slots guide first! There, you’ll also notice we mentioned this release.

We admit, there are a lot of reasons to love it. The tie-in to the popular board game is nice, but the developers take it to the next level! They don’t only pay homage visually. They incorporated a functioning board beneath the reels which Mr Monopoly walks along.

You can score several monopoly-themed bonuses, or a free spins round with a progressive multiplier. Regardless of which one you get, a 15,000x jackpot awaits those who dare tackle this high variance release. 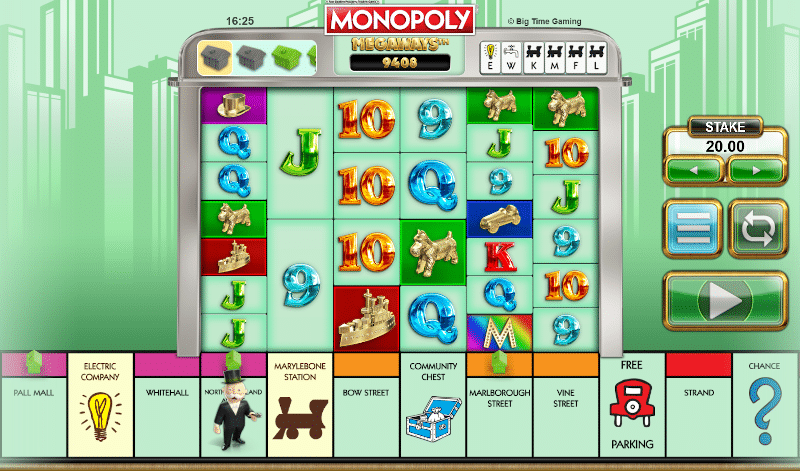 Find out more about the most popular slot games boasting Megaways mechanics.

It’s no surprise punters prefer high variance slots. More risk equals more reward. And getting that one big win is always a thrilling experience. Even us at Indian Casino Club rather openly favour high volatility titles. And that popularity becomes incredibly apparent when we compare the two versions of Fishin’ Frenzy.

The original came out in 2014, and was mildly successful for its time. Then, it was remade last year. The visuals are still quite dated. But now, the software provider has added a sixth reel, and has included the Megaways system!

All of the bonuses from the original have carried out, like the free spins round, fish symbols with cash attached, and a fisherman icon that can collect said cash values. More fisherman increase your multiplier, which grows to a 5x maximum. It’s this special feature that allows this release to reach its maximum 10,000x jackpot.

We saved the best for last! We’ve seen a lot of Megaways slots come and go since Bonanza popularized the genre. But none have been such a massive improvement in every aspect like Holy Diver was.

Every aspect of this title is amazing. The graphics are awesome and actually play a role with the gameplay. The movement of your knight on the bottom of the screen brings him ever closer to a chest with all sorts of bonuses! You get to unlock four different special features, which include Wild transformations, full reel Wilds with multipliers, randomly placed Wilds and symbol transformations.

Furthermore, completing the shield allows you to either level up, or play free spins. Choosing free spins plays free spins, during which gems will turn Wild in reels two to five. There’s also a win multiplier applied depending on your level. A fantastic game, and one well worth your time and money!