Yggdrasil Gaming is one of many online casino games providers which is based out of Scandinavia. Despite being European, they are easily able to offer a variety of quality slots and casino games to players who regularly play at Indian online casinos. Yggdrasil is one of the fastest growing providers around, and any player who fancies playing punchy, modern and zany slots will appreciate what this developer can offer. 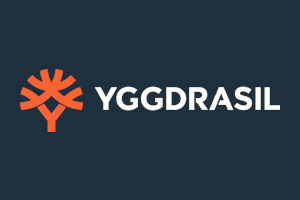 Yggdrasil is the tree which stretches between the lands of the living and the dead in Norse mythology. The Norse name is fitting for a casino software provider which originates in Scandinavia. Yggdrasil Gaming didn’t pop up in the online casino world until 2013, but despite being one of the late arrivals in the world of casino software development, they rapidly caught up. Today, just a few years after their debut, they are firmly regarded as one of the leading providers of online casino games.

This software provider’s growth has been meteoric. They choose to primarily focus on the development of online slots over other forms of casino games. Yggdrasil doesn’t develop back-office software and, therefore, doesn’t power any operators’ casino sites directly. Instead, they have done deals with rival providers who do offer such software, to get coverage for their games. As a result of this, many top Yggdrasil slots can be found at casinos which are powered by NetEnt and Microgaming software, amongst others. Such deals mean that Yggdrasil Gaming is one of several top providers who can offer games to players in India.

Zany themes, nutty features and gorgeous 3D graphics are all part and parcel of the package that Yggdrasil slots can offer to players. The themes of their games are known to include battling Vikings, fairy tales, adorable critters and monsters, culture, bizarre and fantastical themes, and animals.

There is no set format for Yggdrasil slots in terms of paylines, wagers or prizes. Generally speaking, the RTP (return to player) rates you can find in Yggdrasil games tend to be high, at 96% to 97%. Wagers tend to be cheap and affordable, and the number of lines which appear in slots from this provider can range from 9 up to 243 in total in most cases.

Some Yggdrasil slots do contain progressive jackpot prizes, although the majority of their games tend to offer fixed jackpot prizes. Those titles which do have significant prize pools to offer include Holmes and the Stolen Stones, Ozwin’s Jackpots, and Joker Millions. While the other progressives tend to dish out more moderate prizes, Joker Millions has been known to deliver wins worth many millions of rupees in its time. The current record for this slot is over ₹543,000,000.

As with other aspects of Yggdrasil slots, there is no fixed standard for special features in their games. Yggdrasil Gaming does like to add randomly triggered features into the mix, but expanding reels and paylines, re-spins, multipliers, and collapsing reels have been known to appear in their slots, too. It is rare to find too many slots with similar features in this developer’s portfolio.

If you aren’t gunning to play Joker Millions or one of Yggdrasil’s other top progressives, what can you play at an Indian online casino? The providers Vikings series is full of surprises and bonuses. There are three titles in the franchise, Vikings Go to Hell, Vikings Go Wild, and Vikings Go Berzerk, and all offer original, dynamic and exciting slot gaming action.

Indian casino members may also wish to try their hand at the cutesy and fairytale-themed Beauty and the Beast slot, the epic and gorgeous looking Easter Island slot, or something totally zany and wacky, such as Fruitoids or Gem Rocks. Wrestling-themed Lucha Maniacs and the Ancient Egyptian inspired Tut’s Twister are also worth the peek. The latter is particularly noteworthy as it offers a truly exceptional, one-of-a-kind bonus feature which dishes out expanding wilds, multipliers and re-spins aplenty.

Some of our best Yggdrasil Slot