Few developers are as well-known as Microgaming. The team has been one of the earliest adopters of online casinos! It’s their innovation that has given shape to the iGaming industry as we know it today. In recent years, the team’s focus shifted. They’re more focused on a publisher role, where Microgaming partners with smaller studios, releasing their games under its own name.

To say the company has a long history would be an understatement. Just the list of releases they’ve launched is massive! So much so that finding one to play can be somewhat of a nightmare! We’ve compiled some of the best, high RTP slots made by Microgaming and their partners. We’ve sorted them by their RTP – highest to lowest.

Some players might be turned off by this game’s age. It’s far from the awesome graphics we’re used to. But if you can get past that, there is plenty to enjoy here. There’s a free spins round, which you unlock by collecting three or more Scatters. This awards twelve extra turns!

If you find three or more Key symbols in reels two, three and four, you activate the Key bonus. It’s a pick-and-click special feature, where you open eight doors. Each one can grant between 1x and 10x your total stake. The bonus continues until you reveal the Collect symbol. Fun bonuses and great winning potential. What’s not to love?

Fans of Book of Oz will find Wild Orient to be right up their alley! Sure, it lacks the magical touch Book of Oz offers. But the two share a lot of common ground. The most notable of which is the ability to re-spin reels after each spin! You can re-spin only one, and the cost changes depending on what’s on the reels. As for the difference? It lies in the free spins mechanic.

Wild Orient offers a much simpler version of the extra turns bonus. It doesn’t follow the popular Book format. Instead, it just offers fifteen free spins, during which all wins are tripled! Yes, it’s mechanically simpler. But the end result is a massive RTP gain! 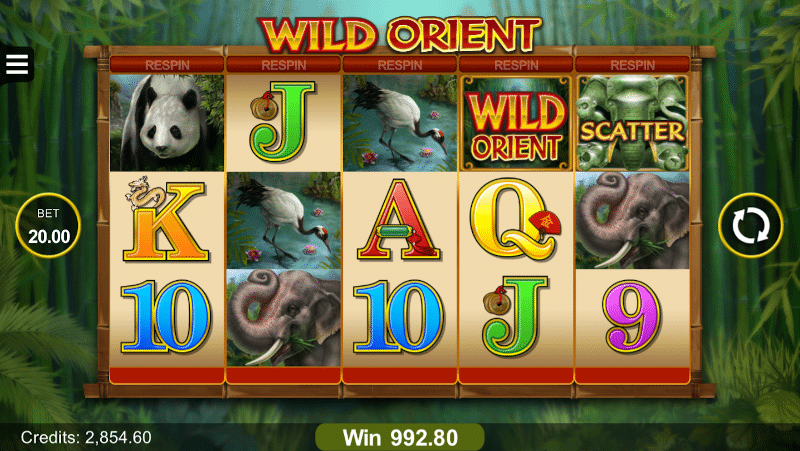 Wild Orient is one of Microgaming slots with the highest payout.

This game, in particular, is an Indian Casino Club favourite. Anytime we feel like relaxing, we go back to it. It doesn’t look like much, we’ll admit. But it has its charm. The view of boats sailing across the lake is quite nice. As are the tall mountains and the bright blue sky. But the real charm of Summer Holiday lies in its free spins special feature.

To think we almost got away without mentioning Immortal Romance in a Microgaming article! We have no doubt plenty of you have heard of it already. It’s one of the best performing games the software provider has ever put forward! The blend of story and special feature progress makes it addictive!

Each time you collect three or more Scatters, you activate one of four free spins bonuses. Which special feature you can play is determined by the number of times you activated free spins. There’s also Wild Desire, which can randomly turn up to five reels completely Wild! A thrilling game, with an equally thrilling RTP.

If you have a sweet tooth, you’ll probably love this slot. It offers a whole variety of delicious sweets which serve as its theme and symbols. On top of that, Candy Dreams gives players an unorthodox reel structure and 720 ways to win. The game isn’t particularly feature-heavy, which will appeal to casual players.

Collect three or more candy planets to unlock a pick-and-click bonus. The goal is to make as many picks without coming across the Pop candy. If you find a heart, it allows you to survive a single Pop. There’s also a free spins round, during which a gift icon can create up to three Wilds on the board.