One thing that we love about slots is how mechanically diverse they are. Many casino games have variants that offer slightly altered gameplay. However, they always boil down to the same concept at the end of the day. Not so with slots! They can have different numbers of reels and paylines, or even abandon those concepts altogether!

Still, many players are not too fond of experimenting with those fundamentals. When punters look for their next favourite game, they often browse through their special features! Among available slot bonuses, Wilds are the most widespread. As such, we will be covering releases with the best wild features in this article. Get ready; it will be a wild time!

Ancient Greece has always been an exciting venue for developers to set their games in. No developer made better use of this than Playtech in their amazing Age of the Gods series! Our focus today is God of Storms. It is known for its progressive jackpots and beautiful graphics. However, our focus lies in the Wilds and re-spins that it offers us!

Ship Wilds can appear on the reels, filling it in entirety, and triggering the Wild Wind re-spins. The Wild appears on the second, third and fourth reel. During the re-spins, it will be blown one position to the left with every spin of the reels! Each time the ship is moved this way, the win multiplier increases to a maximum of 5x.

Back in the day, slot games had a proverbial arms race when it came to special features. Most tried to cram as many bonuses as possible. That is, until Starburst came in and changed the landscape entirely! With gorgeous visuals and simple gameplay, this NetEnt title remains a player favourite for many punters. Part of what made is to fantastic is the special feature it offers!

Wilds in this game can only appear on the second, third and fourth reel. When one lands, it will expand to cover the entire reel, and will activate a re-spin. You can get a maximum of three re-spins, and that only happens if you get one Wild per re-spin. Easy to understand, fun to play and quite rewarding for a low volatility title.

It would not be an article about slots and Wilds if we did not include at least one Book game! These types of titles have become incredibly popular in the last few years, with every company making its own version. Among them all, only one of them managed to claw their way to the top: Play’n Go’s Book of Dead! 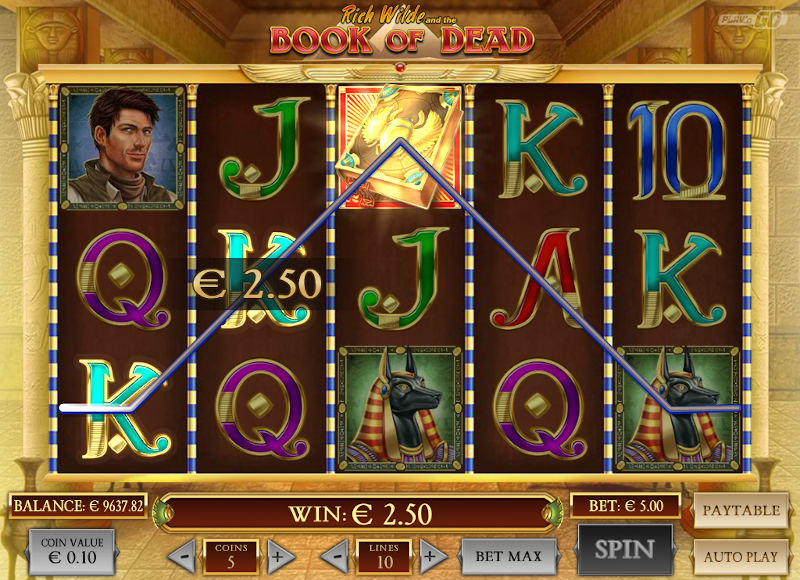 Check out our list of best slot games with Wild feature.

The Wild and Scatter symbol have been combined into a single icon in this game. You need to find three of these Wild-Scatters to win ten free spins. When this happens, one symbol is chosen randomly to become an expanding icon. This symbol will not only cover the entire reel, but will also award pays without being adjacent to each other.

It is very rare that any game charms the entirety of Indiancasinoclub.in staff. However, Microgaming’s fantastic Immortal Romance is one of the few who has that honour! Featuring romance, vampires, magic and mystery, it has a little bit of everything. All of it is wrapped in a medium variance release with an above average RTP and several fun special features.

For starters, every so often the game will randomly add up to five Wilds in all positions! Each Wild also doubles the value of every winning combination it is a part of. Finally, Wilds play a defining role in the Sarah free spins. They will be spread all across the reels, massively increasing the chances of winning big!

Cowboys and big wins go hand in hand like popcorn and movies. This is a lesson Pragmatic Play learned quite well with Wild West Gold. It offers a charming visual style and fun gameplay, owed to its free spins and Wilds!

Wilds only appear on reels two, three and four. Each time a Wild appears, it will have a multiplier attached, ranging from 2x to 5x. The multipliers are added together if more than one Wild is part of a win! On top of that, all Wilds turn sticky for the duration of the free spins round!