Slots have been a staple of casinos for as long as we can remember. Seeing rows upon rows of machines when you first enter leaves an impression on you. As does the lucky pull of a lever that results in a massive flood of coins! Nowadays, everything is handled digitally, which takes away from the magic.

However, progress is inevitable. As time went on, video slots have become more and more complex. New bonuses and drastically different payline structures were introduced with time. This innovation has also led to the rise of progressive special features!

Which is why we will be taking a closer look at these progressive elements in our favourite games. While far from common, they are frequent enough to have plenty of representation. Without further ado, let’s start with the most common bonus!

When people think of progressive slots, this is what they mean. Not that you need our merry band of Online Casino, Online Gambling & Variations experts to confirm that. The concept is simple. Everyone who plays the game contributes to the progressive jackpot. It slowly grows over time, until one lucky player gets lucky enough to win the big prize!

There is a distinction to be made between local progressive jackpots and network-based ones. Unsurprisingly, online slots are almost entirely focused on the latter. Playtech have mastered amazing progressive jackpot slots; with prizes that are shared across an entire series of games!

As a result, they were our recommendation for this field. Really, any of the Age of the Gods slots we have already reviewed will do the trick. We also wholeheartedly recommend their new Kingdoms Rise series, which has a progressive jackpot that must be won by a set date and time.

If progressive jackpots are the King, then progressive free spins are the peasants toiling in the fields. They are very rare; almost impossible to find in mainstream releases. How do they work? You usually have multiple stages of a free spins round, or different extra turns, which are not immediately available. As you activate the bonus repeatedly, you progress through a meter, which then allows you to advance to the next round. 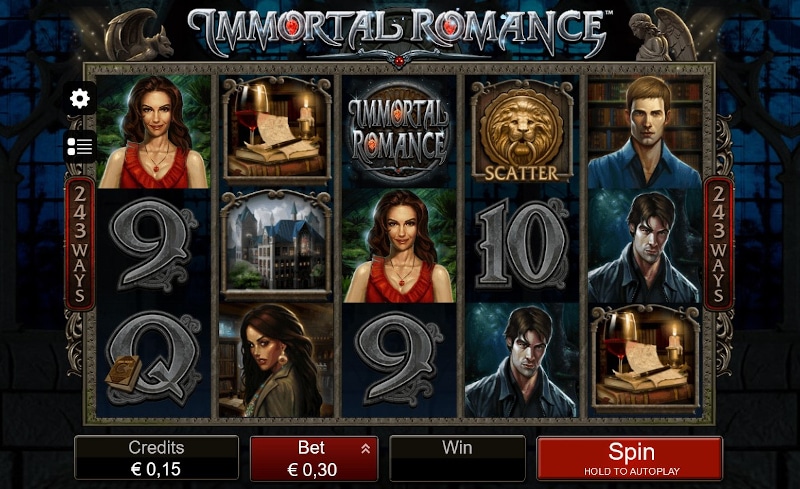 Find out more about progressive features in online slot games. Are they good for you?

We’d be lying if we said the idea doesn’t sound cool in concept. Every spin brings you one step closer to getting better prizes. It benefits software providers since they can count that you will keep playing their game. Meanwhile, punters look forward to each upgrade, which will increase their winning potential.

The reason why this system isn’t more popular is the sheer wealth of slots being released every day. Many developers are competing for your attention, and are willing to offer titles with amazing wins that take less work. Still, if you want to see this concept done well, we think you should try Immortal Romance by Microgaming.

Sometimes, an idea seems so obvious; you wonder how no one has thought of it before. If we’re fair, progressive multipliers have existed in some form or another for a while now. That doesn’t mean they were nearly as widespread as they are today. That is owed to a myriad of other special features that make them possible.

How this bonus usually works is that the multiplier increases by one after every win. These wins have to be consecutive; that is, to come one after the other, with no losses in between. Alternatively, progressive multipliers will not have this requirement but may be locked behind free spins or another special feature.

If you ever have the opportunity, we definitely recommend checking out Big Time Gaming and their Monopoly Megaways! Even without progressive multipliers, this innovative title which will blow your socks off. However, once they’re added in the mix? It transforms from a great release to an absolute must-play slot!

We have no doubt there are other progressive elements in slots we aren’t mentioning. The sheer variety of games launching every day makes it incredibly difficult to keep up with everything. Out of the ones we have had the pleasure of trying and reviewing, these three progressive bonuses stood out the most.

Players looking for something new and exciting to enhance their games need look no further! We guarantee that at least one of these three systems will get you hooked. Are you ready to find your new favourite slot?