New Title from ELK Studios to Heat up the Winter

Being out in the cold for too long can make you a bit loopy. That certainly seems to have happened to the protagonist of this slot, Edgar Woodart. Gazing into the flame, he has made a brand new friend. A flickering flame called Miss Wildfire! Given that the winter will be here for a while more, we recommend warming up. What better way to do that than to score some fiery wins?

We quite like the visuals of Miss Wildfire. We can see Woodart’s residence in the background image. We can make out some details, but not too many. The semi-transparent reels obscure most of them. You can make some details out if you squint hard, but there is no need for that. The symbol designs are also nice to look at, even if some of them are a bit generic.

Icon designs are split into two visual categories. The first are lower value playing card royals. They pay less, acting as filler symbols on the board. The second are higher value icons. These include flame crystals, water pyramids and nature cubes, as well as a log. The letter W atop a flame is the Wild, while the golden potion is the Scatter.

Wilds are multi-functional in this game. They can substitute for all symbols except for Scatters and help them form wins. Wilds can also spread wildfire to nearby positions when it lands. Wildfire spreads both horizontally and vertically to adjacent log symbols. This turns the aforementioned logs Wild, as well!

Miss Wildfire is a different type of Wild. She keeps all previous mechanics and gets the walking bonus. When she lands, she will trigger a re-spin and move one position to the left. Re-spins continue to be granted until that icon drops off from the left side of the board. The special feature can be enhanced further with the addition of Super Miss Wildfire. This bonus makes any logs that are not burning sticky while that Wild is active. Once Super Miss Wildfire disappears, so does any sticky logs.

Land three, four, five, or six Scatters unlocks at least seven free spins. It also grants one, two, three, or four extra sets of the Miss Wildfire icon. These Wilds appear on the rightmost reel and move left by one position with each free spin. Free spins continue as long as Miss Wildfire or Super Miss Wildfire symbols remain on the reels.

Each log you collect during free spins is placed in a gauge meter. This helps you track your progress during the special feature. Once you reach a certain milestone on the meter, you will transform a low-value icon into log symbols. This also adds a new set of Miss Wildfire symbols to the reels. Once all playing card royals are transformed into log icons, the bonus stops being active.

One of the most frequent feedback ELK Studios releases have received lately was hopes for bigger wins. The software provider has taken them to heart, offering players an impressive 5000x your total stake. The slot is played on a six-reel, four-row board, with 466 ways to win. 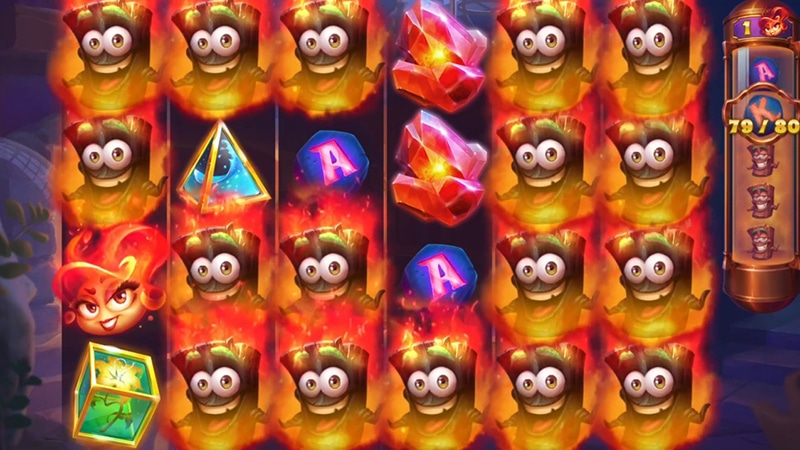 Despite an increased payout, you will only be dealing with medium volatility. We quite like this arrangement. Big wins are possible to score, even if they are quite rare. In the meantime, you can enjoy plenty of smaller prizes and frequent bonus activations! The RTP for this game is 96.1%, which is just slightly above the current industry average.

It feels like just yesterday than ELK was a new studio we have just heard of. Since then, it has created more than 50 different and interesting releases! This is quite evident in Miss Wildfire. The slot uses familiar mechanics in new ways to keep players engaged.

Visuals, gameplay, payouts, and bonuses are all top-notch. There are minor things we would like to improve. More ways to win would have been nice, for example. The indiancasinoclub.in team loved this title, and we recommend it wholeheartedly