Home » Casino news » How Many Types of Wild Symbols Exist in Online Slots?

How Many Types of Wild Symbols Exist in Online Slots?

Online slots offer varied experiences that change with every title. Software providers have long been pushing the boundary of what is a slot and what is not. Different reel structures, varied special features, cluster pays instead of winlines are all examples of this. As such, it is no surprise to hear Wilds have been subjects to experiments, too.

Just as a quick refresh: Wilds are special symbols that appear in slots. They are usually able to substitute for most, if not all icons on the board. This helps form wins, which makes them a very valuable addition to any game. In this article, we will look into different types of Wilds.

While these are two different types of Wilds, they are almost identical in function. Stacked Wilds give an increased chance of multiple Wilds appearing in one or more rows. With enough luck, stacked Wilds can cover the entire reel.

Meanwhile, Wild reels guarantee that the relevant reels will be covered in Wilds. Both bonuses can affect one or more reels, and are often paired with other bonuses. Nudging reels and cascading reels often work best alongside these two Wilds.

Sticky Wilds do not cover multiple positions on the reel. Instead, they are almost identical to standard Wilds, with one major change. Namely, sticky Wilds will freeze in place on the reel when they land. They will remain in this position until the feature ends. Wilds can be naturally sticky, or can have that function for the duration of another bonus. For example, Wilds being sticky during free spins but being ordinary otherwise.

Expanding Wilds function similarly to Wild Reels. However, there is one major distinction between them. Wild reels start by covering the reel in entirety. Expanding Wilds appear as standard Wilds, and then grow to cover the reel.

It may not seem like a big distinction, but it can add up when paired with different mechanics. For example, expanding Wilds may only grow on specific reels or grow when another bonus is active. Wild reels will always produce a reel full of Wilds, without any restrictions.

We do not see overlay Wilds very often. They are split into two distinct groups. Wilds that replace the original symbol entirely and Wilds that temporarily overlay the existing icon with a Wild.

The latter are the most interesting to us. They usually work by making that specific position on the board temporarily Wild for a turn. A few titles have even turned a specific symbol into an overlay Wild! The bonus then resets the effect. 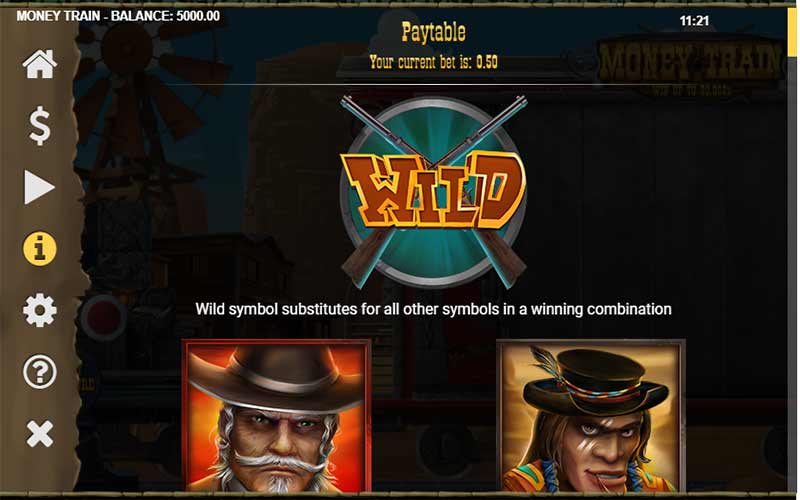 Wild symbols can benefit you since they are able to substitute for most symbols on the board.

Another type of overlay Wild is to have a Wild replace the existing icon entirely. In such cases, the old symbol is removed and the Wild now exists in its position. Both types of overlay Wilds are usually added randomly or as an addition to another special feature.

Wilds with multipliers are in equal measure the simplest and most effective Wilds on this list. A multiplier is added to the Wild, usually 2x or 3x. Then, when the Wild substitutes for another winning combination, the multiplier increases the payout! Some software providers allow Wild multipliers to add together, while others limit wins to just one multiplier.

A Mix of Everything

As slots garner more of an audience, software providers often blur the lines between different types of Wilds. We have seen sticky Wilds that can expand under the right circumstances. Walking Wilds whose multiplier increases with every position they move. Each one of these Wild types has been crossed with another at one point or another.

This diversity is what makes Wilds a favourite of Indian Casino Club staff. Their effect is basic, and slots can get away with not including them. However, their varying effects can make them an excellent addition to any great game. Who knows? A new type of Wild might be just around the corner.