Home » Casino news » Fun Facts About Poker No One Told You

Fun Facts About Poker No One Told You

Poker is one of those games you know about even if you have never gambled in your life. It appears frequently on the silver screen and in books. Many prominent figures enjoyed the game and were rumored to be quite good at it, too. Poker’s long-standing popularity has served it well. This popularity has amassed countless fun facts about poker over the years that make playing the game much more interesting.

Today, we leave behind the world of optimal play and detailed strategies. Instead, we will explore some of those fun facts about poker. What is the longest-running poker game? Why is there a poker hand called the “Dead Man’s Hand?” Where does poker originally come from? We’ll give you an answer to all these questions and more in this Indian Casino Club article!

A Man Lost His Wife in a Poker Game

If you have spent any time on our website, you know how often we emphasise managing your funds properly. You should never bet outside of your means, a lesson one man in Russia never learned.

After running out of cash, Andrei Karpov from Murmansk ended up betting his wife on a poker game. Unfortunately, he would end up losing at cards and losing in hearts, too. Upon learning she was wagered in a poker game, Andrei’s ex-wife Tatiana divorced him.

Funnily enough, the bet ended up coming true. Tatiana would later start seeing and eventually marry the man who beat her ex-husband in cards. Be careful what you stake, fellas!

The name would make you think Texas Hold’em poker is a huge deal in Texas. However, you would be hard-pressed to find any official casino that allows you to play the game there. To be more precise, you would have a hard time finding any poker rooms in the lone star state.

See, gambling is heavily restricted in Texas. The state does not prevent people from gambling between themselves, mind you. However, poker rooms, and by extension Texas Hold’em, are illegal.

A brief disclaimer here; this is claimed by the Bird Cage Theatre from Arizona. They claim the longest ever poker game began in 1881 and ran for eight years, five months, and three days. Players joined and left the table, but the game never truly stopped. In that time, the venue has seen many notable players. George Hearst, Diamond Jim Brady, Doc Holliday, and Wyatt Earp supposedly all played there at some point.

The game might have run for even longer if it were not for a flood from a nearby mine. Nowadays, the theatre is a tourist trap and is supposedly haunted. It was featured in several shows, including the Ghost Hunters in 2006.

What is the “Dead Man’s Hand?”

A poker hand containing two aces and two eights is called the Dead Man’s Hand. These were the cards famous poker player Wild Bill Hickok was holding when John McCall shot him. This incident occurred in 1876, but that combination of cards has been known as the Dead Man’s Hand ever since.

The Origins of Poker

The exact origins of Poker are not well known. The game shares similarities with the French parlor game Poque and a British game called Brag. Both titles had a heavy influence on poker, which took shape in New Orleans during the 1800s. The first poker games were played with twenty decks, and would later adopt the standard fifty-two card deck. 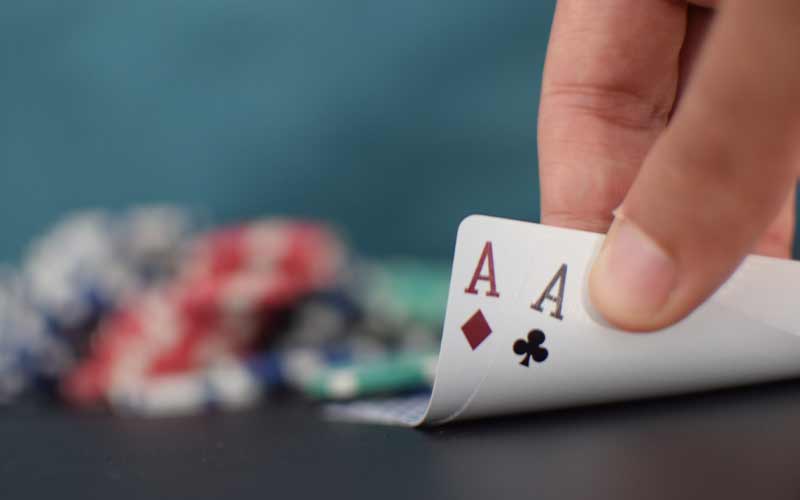 One of the facts about poker is that it’s hard to trace its origins since the game was played throughout the world for a long time.

However, poker’s origins may lay even further back than that. Another game similar to poker was popular in China in the late 900s. There, the emperor and those closest to him enjoyed a “leaf game”. The exact details of how the rules of that game worked are still unknown.

Richard Nixon is known for many things, and not all of them are good. However, one of the rumors swirling around the man was that he knew his poker! He was so good it is believed he funded his very first political campaign with poker winnings. There is no way to prove it, but it makes for a fantastic story!