Roulette’s exact origins are not entirely known. We do know it came from France during the 17th century. Some historians believe Blaise Pascal created a primitive form of roulette while trying to make a perpetual motion machine. A hundred or so years later, the game was a phenomenon and quickly spread across the globe. As roulette moved, its rules shifted and changed slightly to accommodate the new markets it found itself in.

This has led to slightly different roulette types in different regions. American, European, and French roulette all have the same origin and basic rules. However, each one has slight differences comparing one to another. As we dive into the world of Online Casino, Online Gambling & Variations, we explore the similarities and differences. Which one of these three titles offers the ultimate roulette experience?

No matter where roulette went, the core concept remains the same. We have a wheel marked with numbers. Those numbers are separated into red and black categories, except for zeroes, which are always green. The goal of the game is to predict where the ball will land. The closer your prediction of where the ball will land, the better the reward will be.

Bets are placed on a large betting field that makes up the majority of the table. Punters can wager each number separately or can bet on groups of numbers. Depending on the risk factor, bets are generally separated into two categories: inside and outside bets. Inside bets cover fewer numbers, but offer better prizes, while outside bets are less risky but offer smaller payouts.

The main wagers are the same across all roulette tables. Players also have access to call bets on all three types of the roulette wheel. However, whether they will be available or not usually depends on jurisdiction and software provider. Usually, available call bets include Voisin du Zero, Orphelins, neighbour bets, Jeu zero and la tiers du cylindre.

While the big things stay the same, the three roulettes vary in many smaller areas. The first major change we found was the inclusion of a double zero field in American roulette. Both European and French roulette has only a single zero field instead. This increases the house edge for the American variant to 5.26%. That makes American roulette the weakest of the three available variants. 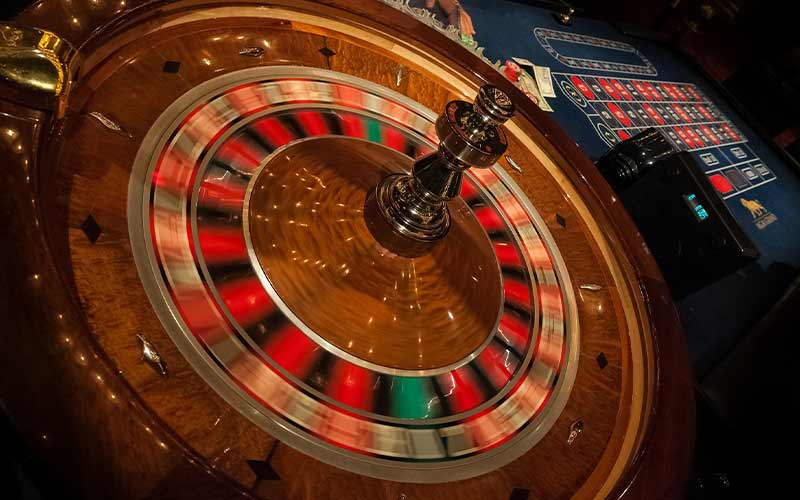 The reason French roulette outcompetes European roulette is the addition of two extra rules. These are the En Prison and La Partage rules, both of which are active on even money bets. Instead of losing if a zero is drawn, you are given a second chance to make that money back. En Prison lets you win the initial wager back if you win the next spin. La Partage simply gives you back half of the original bet. Both rules lower the house edge to 1.35%.

It should come as no surprise that French roulette takes the title of best roulette overall. However, that is only the case if it comes equipped with one of the two aforementioned rules. Native French roulette tables that use a standard European ruleset lack this advantage. However, if these rules are included, you should definitely opt for French roulette.

Unfortunately, French roulette is not prevalent among live casino audiences. We can find it here and there in online casinos, but even that is limited in range. European roulette is the next best option and one that is widespread online. If you are looking for the best and easiest roulette game, go for that one.

What about American roulette? With its double zero and no additional rules, it is the worst of the three. Playing it puts you at a significant disadvantage, which is why we recommend avoiding it.