Home » Casino news » Betsoft Back in Business With Some Cool Games

Betsoft Back in Business With Some Cool Games

Back in the day, Betsoft used to be one of the most prominent software providers on the market. Their games drew a fair amount of attention, and still do to this day! That said, the developers have not handled the transition into modern video slots all that well.

However, that is all in the past! Recently, the developer has been slowly getting back on track with their releases. Today, we will discuss a few interesting titles that we feel will get this software provider one step closer to its former glory.

Getting Rich with Quest to the West

Based on the popular Chinese tale, Quest to the West sees several companions venturing to central Asia and India to obtain sutras. Of course, this being a slot, our heroes have swapped sacred texts in favour of exciting wins! The graphics are top notch, and truly bring the theme of old Chinese civilization to life.

Available special features include Walking Wilds and re-spins. Three Walking Wilds activate the Quest to the West bonus. A re-spin is played, and all Wilds move one position to the left. This continues until all Wilds disappear from the board. If you fill the meter on the left, you will receive an instant cash prize.

Buzz Around with The Hive

Creativity is one of the most important aspects of creating successful slots. Betsoft shows their team is talented enough to create unique titles with the launch of The Hive. Played on a 3-4-5-4-3 grid, it combines pretty, cartoonish graphics with exciting gameplay.

Each spin has a chance of getting a bee to appear next to the grid. Queen Bees increase your odds of new bees appearing. Worker bees increase the multiplier and drone bees fill the Honey Meter. Once that meter is filled, players receive five free spins! One, two or three honey burst spreading Wilds will appear on the hive grid during free spins, increasing your odds of winning.

Sweeten Up Your Summer

New games are not the only things that have us excited. Betsoft also plan on giving their players a shot at winning their part of a €45,000 prizes! You will have to participate in their network-based promotion called “Hit that SWEET SLOT”. The promotion consists of three tournaments over three consecutive weeks. 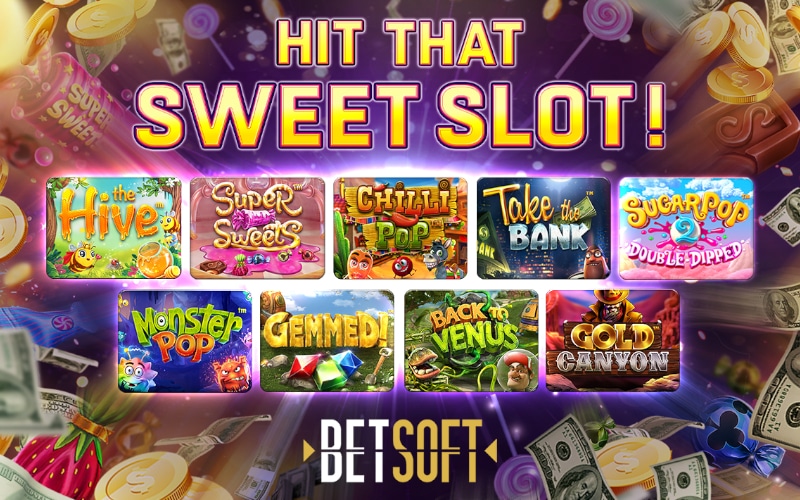 The top 100 for all three tournaments will receive their share of the €15,000 set out for that tournament. Eligible tournament games include Super Sweets, Monster Pop, Chilli Pop, Gold Canyon, Sugar Pop 2, Gemmed, Take the Bank and Back to Venus and The Hive.

We are not the only ones who noticed Betsoft turning things around. The developers showed they have what it takes to compete in the Online Casino, Online Gambling & Variations space at the 2020 EGR B2B awards! There, the software provider was shortlisted for two awards: Innovation in RNG Casino and Casino Software Supplier.

It feels nice to say we are excited about Betsoft again. The developer had their high points over the years, but they were quite rare. Two excellent games, two awards and an incredible promotion with a thrilling prize shows the team are getting serious once more. We certainly hope they keep this up!