Progressive jackpots have been popular for as long as we can remember. Many players are well aware the odds are stacked against them. That the chance of hitting that miniscule opportunity to win the constantly increasing prize is nearly zero. And yet, they kept going, drawn by the promise of a potential prize worth millions! Many developers have recognized the potential of these types of slots, and made their own versions.

Software providers have become quite creative in drawing punters into the game. The best way to go about it is to make an exciting and lucrative release, and then add progressive jackpots! Other developers opt for multiple progressive jackpots of varying sizes, or jackpots with a deadline by which they must pay. But which one is best for you? Indiancasinoclub.in is on the case!

If we’re talking progressive jackpots, it’s impossible to skip out on this classic. After all, Mega Moolah is well known for being listed in the Guinness book of world records! When the progressive jackpot you can get is strong enough to get you real-world headlines, you know you’re in for a treat! The slot remains popular to this day, because of its incredible winning potential.

And if all you need from your games is a shot at the massive progressive jackpot, you’ll love Mega Moolah. It has not one, but four separate jackpots that constantly increase with each spin. Of course, there’s only one progressive jackpot that matters; the one most difficult to achieve! With this release, Microgaming have secured their position on the throne of progressive jackpot slots for a long time.

Of course, that doesn’t mean there aren’t rivals gunning for their position. One company has practically made progressive jackpots their entire business model. It’d be a mistake to say all of their games include progressive jackpots. But certainly, a large portion of them do! Playtech is well known for their ultra-popular Age of the Gods series. 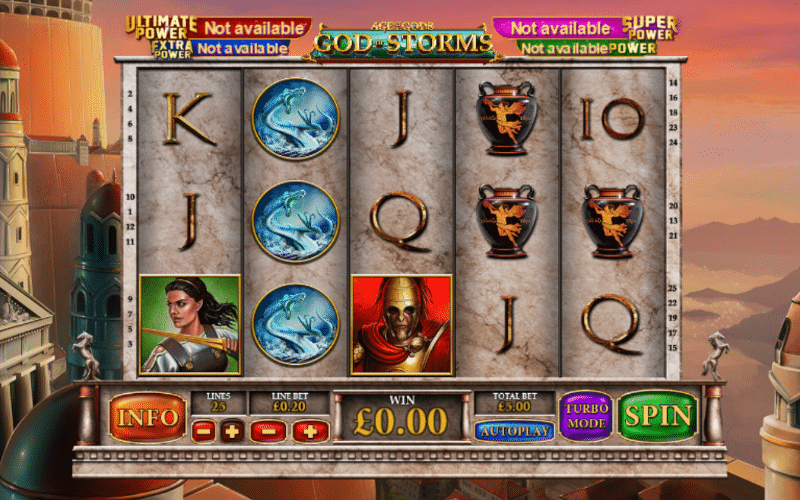 Play one of these slot games to be in with a chance of landing jackpot prize.

The entire series shares the same four progressive jackpots. For players, it means that even if you don’t like our pick, you can try another Age of the Gods slot. Still, God of Storms won us over like no other. It offers a stunning view, while each spin has a chance of triggering one of four ever-increasing prizes! On top of a bonus game played when progressive jackpots are triggered, there’s also a lucrative Wild Wind Re-spins special features.

Sticking with Playtech, we felt their new series of progressive jackpots was worth checking out! The previous releases are classics. But the problem with classics is that they usually look and feel very old. This isn’t as big of an issue for Age of the Gods, but Mega Moolah definitely struggles with its 2006 release date. As such, a new series with excellent visuals and fun bonuses was needed!

Kingdoms Rise: Reign of Ice delivers on both fronts. It looks fantastic, with large icicles covering everything but the reel. And on top of looking cool, it also tries something different with its bonuses. Rather than triggering them normally, punters accumulate tokens as they play, and then spend them to buy bonuses they like.

Last, though certainly not least, is NetEnt’s most successful take on the concept. While the developer doesn’t seem opposed to progressive jackpots, the Swedish gambling giant doesn’t default to them. That means what few NetEnt progressive jackpots we have must be treasured! Doubly so if we want the software provider to continue their trend of making sequels to our favourite games.

While other releases may love their complicated special features, you’ll find little of that here. Arabian Nights has just one bonus: where three or more Scatters earns you fifteen free spins! While that bonus is active, any wins you receive will be tripled! Sadly, there’s no way to increase the progressive jackpot beyond what you see on the screen. Trust us, we tried our best!