Home » Casino news » Best Craps Bets You Should Go For

Best Craps Bets You Should Go For

Craps, for one reason or another, never found a large audience among online casino players. It could be that a lack of a crowd that makes it less exciting. Perhaps punters are simply used to the casino games we already have, and never thought to expand. Either way, this amazing release remains unnoticed, which we find criminal.

Recently, we created a Beginner’s Guide to Online Craps to get more people interested. While it generated a lot of attention, one thing it did not talk about was what the best wagers to play are. Join us as we look at all the available wagers in this game, and determine which ones you should be playing.

While these two wagers are almost identical, they do have a minor difference. For Pass line bets, you want the shooter to roll a seven or eleven immediately, or to roll the point number again. This wager has a 1.41% house edge. It is low, but it would be more than worth your time if it were not for the Don’t Pass wager.

See, Don’t Pass is betting that the shooter will fail. They will lose immediately by drawing a two or three, or by rolling a seven before the point number. Don’t Pass bets have a slightly lower house edge of 1.36%. Usually, that minuscule advantage would result in you being shunned by the entire table. In online craps, where it is just you and a random number generator? You are free to optimize without feeling guilty!

Come and Don’t Come wagers can only be played after the shooter established a point. Playing a Come bet allows you to win if a seven or an eleven is drawn, and lose if a two, three or twelve is rolled. If any other number is rolled, it becomes a new point. This effectively means you are playing two rounds of Craps at once! 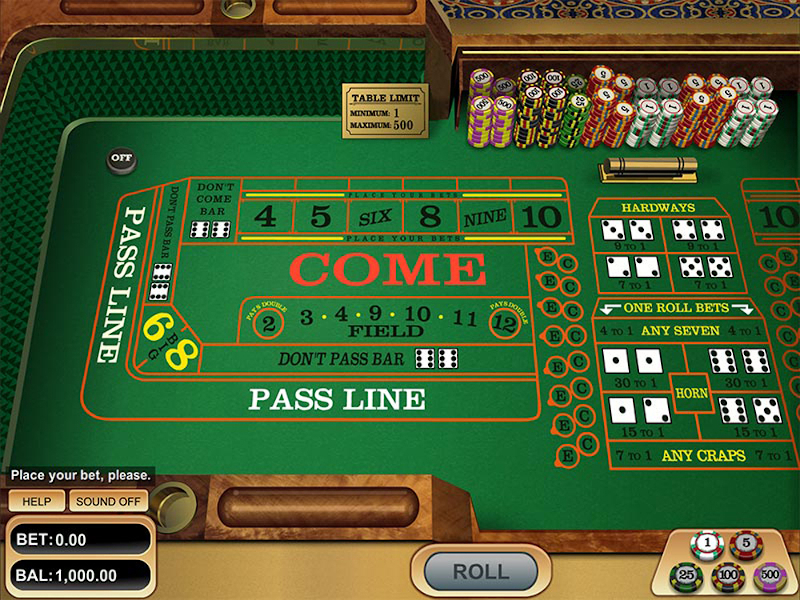 Craps is a difficult game to master, but you can find some useful tips in this article.

What end result you are hoping for depends on which of the two bets you chose to play. We advise sticking to the same type. If you bet Pass and Don’t Come, you are effectively wagering against your previous bet. Similar to Pass and Don’t Pass, the house edges for the positive and negative wager are 1.41% and 1.36%, respectively.

Under optimal conditions, Odds bets are one of the few examples of bets in casino games with no house edge. However, the operators are not stupid. You can only play Odds bets if you already wagered on a Pass / Don’t Pass bet. Another way developers limit you is by capping how many Odds wagers you can place. For example, you may only be able to match your initial bet or double it, depending on your chosen game.

This is the last wager we at Indian Casino Club think is worth considering. Even then, you should only play it under the right circumstances. You want to play the Field Bet if the release you are playing offers doubled or tripled payouts for rolling a two or twelve.

While this wager can seem appealing at first since it covers many numbers, it has some hidden downsides. The numbers you are wagering on all have a small chance of being drawn. If you are playing it without doubled or tripled payouts, you are looking at a 5.56% house edge. Hardly worth your time! Furthermore, if none of the field bet numbers is drawn in the next round, you lose the bet money immediately.